It was back in the 80’s.  Later 80’s.  We were such good Friends.  He was older.  He had a girlfriend.   She was weird; but I was nice.  She was in my Ceramics class.  She never showed up.  But, whatever.  She didn’t last.  Our friends were pretty mutual.  We went to Football games in early high school.  My parents liked him.  My Dad thought he was pretty funny.  We each had a parent that drank.  A lot.  It was part of our life.  We both understood it.  Most didn’t understand it.  We only told the “stories” amongst ourselves.  We totally got each other.

Sophomore year.  Like 1988’ish–Ugghh, does that date me?  I thought he should date my Best Friend.  Would she go for it?  Why wouldn’t she?  She trusts me.  Most of the time.  Where would we put all of this together?  A football game?  A party?  I guess that would work.  I think it was actually a football game and then a party.  I’m sure it was something like that.

Homecoming was coming.  He broke up with his girlfriend.  They were not meant to be.  He liked my Best Friend.  Really liked her.  BUT, he really wasn’t a homecoming kind-of guy.  Would he go?  He did.  With my Best Friend.  She was dressed up so pretty in a dress.  He didn’t have time to get a tux.  But he looked nice.  Sweater and all.  They had a great time.  They started dating.  It was fun to watch.  It really was the way it was supposed to be.  God had that figured out–that’s for sure!

There was a couple of years of high school ups and downs.  Who didn’t have those?  Boyfriends, girlfriends, friends, parties, jealousy.  You name it; we all went through that.  Right?  If you didn’t you are lucky.  My two friends stayed together.  A LOT happened through the years with them.  We were in touch most of the time, but not always.  We always knew the other was okay.  Marriages happened.  Kids came.  Houses bought.  Life still happened.  We always knew where the other one was.  We always called when there was a problem.  The other could always help out.  Somehow; over the phone.  It always worked that way.

My best friend and I both grew up Catholic.  I went to St. Joe’s, she went to Holy Spirit.  St. Joe’s was the “classy” Catholic Church.  Old school.  It still is.  I still have very fond memories.  It was the one we all went to as kids.  Holy Spirit was the new Catholic Church.  The one that was “updated”.  It was built when I was like in the 8th grade.  It was on the other side of town.  We both felt like we belonged.  That was all we knew.  We sang hymns.  I still sing them at times.

Over the years, my best friend learned to love the Lord.  Her heart was so open to the Lord.  I really didn’t understand that.  As a Catholic, I do not remember learning the openness that she had.  I thought maybe she got that since she moved to California.  Were Catholic’s different in California?  Do the Priests surf there?  Maybe.  She actually found a different church.  A different faith.  It truly empowered her.  Her faith was awesome.  I wanted to have some of that.  How do you find that?  It scared me.

In the mean time, I moved to a different town.  Searching for something.  My best friend told me she was a Christian.  She loved her church.  They sang great music.  I pictured the music to be like rock-star music.  Like people would clap.  It would make you happy.  Smile.  But, wait.  We didn’t do that growing up.  Was it okay to experience that?  Was it okay to listen to that kind-of music in church?  I wasn’t sure.  I wasn’t sure I even wanted to try that.

Years later, both of our lives changed.  Dramatically.  My best friends husband–the one that I set her up with–was diagnosed with cancer.  Esophageal cancer.  It is considered that “old mans cancer”.  That was a knock down.  Really?  Did I just hear you right?  Cancer?  I mean, he always had stomach issues.  Back in the day I thought is was just because we drank.  A lot.  We were the cool party team.  Oh, no–he chews.  Has for years.  Was that what caused this?  Oh, I hope my kid never chews.  Ever.  He never smoked.  Well, not really.  It had to be the chew, right?  He just has to quit chewing.  Chemo will take care of everything.  Maybe just meds.  He never quit chewing.  It was something he just did.  We all knew it.  It’s hard to just quit anything.

It was October.  In 2006.  He was given 12 months to live.  How do you diagnose that?  Where does a time frame come from.  How do they know?  Well, Doctors know.  This is what they do, right?  Right?!  My thought process was this–this family has 12 months or 1 year to do Life.  Life.  They have two kids.  They work.  They are just about to go into a partnership with friends for a business.  This would help them out.  My Bestie would be able to help her husband with his time.  Stay with him when he gets sick.

I couldn’t go see him.  I get paralyzed thinking of death.  As a Catholic, one of the things I learned and always remember is that death is a good thing.  It’s a sacrament.  In a sence, you live your life fully, and then you die.  You wait to die.  It’s a very powerful thing.  I’m definitely not there yet.  I hope to be, at some point in life.  It is something you can’t get away from…  I think my best friend didn’t understand WHY, I didn’t come visit.  It made me sick to think about her husband–dying.  How could I be “normal” with their small children around.  Seems like I would cry and cry and cry.  I wouldn’t be able to stop.  I was actually obsessed with staying away.  They had/have great friends.  Very supported people around them.  I thanked God for that.  Daily.

I finally decided to go.  I was scared.  Would he die while I was there?  What if he did?  I went anyway.  It was my time.  I needed to…say goodbye??  Was that what I would do?  I hoped not.  I begged God to make this trip okay.  It was.  I learned so much.  As times were changing for this family, I got to watch and play with the kiddos as my best friend and her husband faced new challenges at the hospital.  While I was there.

My friend was gaining fluid all over his body.  I remember he lifted his shirt up and said, “Andrea, (funny thing–he always said “Andrea”, like Anjria-we still laugh about that) I look like I am pregnant.”  He did.  The worst part about that?  There was so much fluid in him that his skin was stretched out.  It was shiny.  It looked as if it was hard to bend an ankle.  Or a knee.  Or an elbow.  I asked if he was in pain, he said, “no, I’m just uncomfortable”.  Uncomfortable, hurts, right?

As I watched the kiddos, they went to the hospital to get some of that fluid drained.  He told me it was like 2, 2-liter bottles worth of fluid.  How does that happen?  I did learn that this is some what, of a normal thing at this stage.  I left two days later and he was full of fluid again.  Not as full as when I arrived, but he was shiny again.  That scared me.  Was this going to be a new “normal”.

My time in California was so memorable.  My best friend had become a Nurse.  She was so in love with her husband.  But taking care of him came first.  She was so good at it.  I envied her patience.  I wanted to be like that someday.  She always prayed.  In this time of such grief she was so spiritual.  She thanked God everyday for this life.  Hard or not.  She thanked him daily for her children.  Her faith, to this day, is something that she just knows is right.  It is the way you are supposed to live.  You trust Jesus AND his timing.  I still have a hard time with this.  I’m working on it.  Still.

She knew death was a possibility.  I’m not sure you are ever ready for something like death.  Of your husband.  The only man you have ever been with.  The father of your children.  He is so young.

I had called me best friend in July to make sure all was going well.  She was driving and gave her phone to her husband.  It was the last time I talked to him.  We talked about how life has been.  How are you feeling?  How are your kids?  Have you talked to your Dad?  As I told him, in tears, that I loved him and he told me he loved me to, he  kept asking why I don’t just fly down.  I couldn’t I was scared.  I just didn’t want to see him this way.  His voice was off.  It was like a whisper.  My last question to him?  “Can I ask you a question?  At this point, is cancer all you think about…”?  His answer?  “F**k no…”!!  We both laughed.  That made me feel so much better.  3 weeks later, I got that phone call.  From a good friend.  It was so hard for her.  She cried, I cried.  Is this it?  He was only 38.  His 1 year turned into a couple and a couple months…  So young.  God has plans for him.  Right?  I mean, he was a believer.

The funeral.  I didn’t go.  I couldn’t.  I wish I could have been a fly on the wall.  I wanted to see the love and feel the love.  Instead, I prayed.  And prayed.  From what I hear it was awesome.  He had a lot to do with that.

He talks to me often.  I will see a penny on the ground and when I get into my car Guns N Roses starts playing.  It is meant to be.  He always shows up.  Especially when I need him.  When the cat died.  He was there.  When the kid got his license.  He was there.  As usual.

I fly to California in about 6 weeks.  I get to hang out with my Bestie.  Kristie (Rothrock) McGee.  Now Ehlers.  Can’t wait… 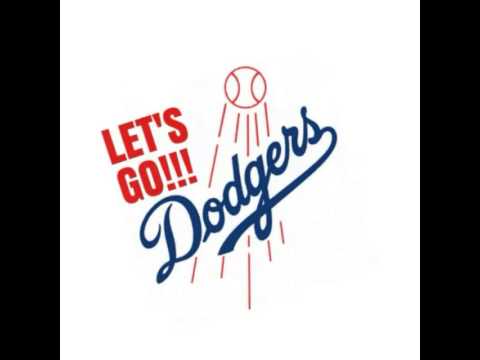 First & Foremost, I Love The Lord. I Love My Boy So Much & Thank God Everyday For My Husband. View all posts by plantspoliticsandthelord

This site uses Akismet to reduce spam. Learn how your comment data is processed.